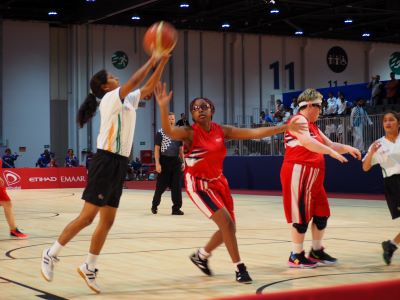 SO Sheffield sent 2 athletes along with their coach escorts to compete in the World Games in Abu Dhabi as part of the GB squad, in March 2019.

Michael competed in table tennis and won a bronze medal in the men’s singles and a gold in the men’s doubles with his partner from Wolverhampton.

Tonisha competed in the women’s basketball and together the squad achieved bronze medals.